Software Testing with Tokina in 2049

This is a fictional account of a day in a tester’s life in 2049. As much as I have relied on some research material (see list at the end), this blog is a figment of my imagination intended to entertain more than anything else. The term ‘tester’ in the context of this blog is used for convenience sake and ease of understanding. I am imagining that the term could remain relevant amidst the massive technology leap and perhaps an unimaginably different world that might confront us in 2049. The characteristics of exploration, creativity and problem solving being the hallmark of a good tester will always stand the test of time which is exemplified in the story that follows. – Author 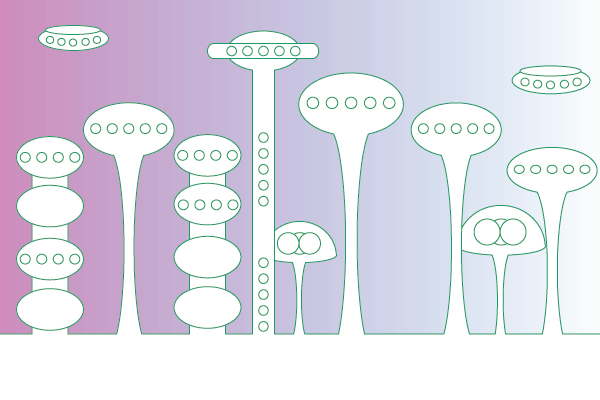 3 am June 15, 2049 – “Hey Alok, wake up… wake up man”.  Alok sat bolt upright, somewhat dazed but awakened by the voice of Stella, his supervisor from InnerDrishti Solutions.

“Hi,” said Alok to the flickering image of Stella on the white graphene panel on the wall. The room was very dark with little light coming from the windows though he could somewhat discern the cloudlike haze around his apartment on the 456th floor. He fleetingly saw some streaks of lights likely from cars zipping across the dark night sky.

“Lights come on.  Hey Stella, what’s the matter?” Alok said as the room instantly got lit in translucent light blue configured for this time of the night.

“Alok, well a couple of issues… someone hacked into the state’s Citizen Locker and stole a lot of sensitive identity information to be able to impersonate virtual identities… fortunately, the encryption logic was not compromised fully so we have a problem that can wait…but not for long.”

“Umm… and what’s the other problem, sleep related” asked Alok as he started gesturing to wake up the projection of an internet console. Alok gestured again to skip the sleep-related diagnostics (patterns, dream analysis, BP, RLS, oxygen levels, breathing rate, heart rate etc.) that would anyway have been uploaded into his health chest at Grand Sushruta Hospital. He mentally reminded himself to meet his doctor who had called him a couple of times about several warnings that had burst his health thresholds.

“Let’s get to work” he muttered somewhat angrily even as he saw Stella lips breaking into a smile.

“You remember the DNA related algorithms that were deployed a few years back…for St. Beaumont Hospital at Virginia.”

“I remember.  This is the one that Drishti implemented for gene altering processing and results reporting on the human genome. The project dealt with modifying the human genome so as to create designer babies that the parents could custom build. I remember having collaborated with several brilliant doctors around the world. The information they provided helped me to test effectively with help from Tokina, of course.”

“Correct. Pity you could not fly across the world to collaborate… Maybe you should have been born a generation or two earlier…”

“So what’s the issue with GeneOS?”

“Alok, we have noted in some GMO (genetically modified organisms) babies that they develop blue rashes all over the body once they age five years. This is followed by growth of cancerous cells in the body, multiplying quite rapidly. There seems to be no cure since we cannot figure out what is happening and to make it worse, some infant deaths have been reported. It makes complete sense to not delay any further.  Check the data on your console. ”

“Do we know that GeneOS is the only cause?”

“That’s proven by an investigating team comprising some doctors in Virginia and Vikas Kapoor who developed those algorithms.  Vikas was flown over especially for this purpose. They have ruled out all other algorithms except ours. They want you to urgently analyse with Tokina’s assistance. Your past experience of testing the algorithms will help, we think”.

“Fine I will take care, Stella. Anything else?”

Alok rubbed his eyes, got up and moved towards the bathroom. The lights dimmed behind him and he could hear the very faint whirring of the hidden cameras / sensors that digitised his every movement taking photos and capturing information all the time, by the petabytes. All the information was no doubt used for both right and wrong reasons and Alok had stopped caring. Maybe one day with increased affluence he will buy his way out towards more privacy was a thought he often thought even if illusorily.

The lights in the bathroom wore a faint yellow-green colour and as he pee’d, information started flashing on a console. He was a major in pharmacology and he usually paid attention to ‘warning’ numbers crossing the thresholds but not today.

He looked in the mirror and said “Lights white”. His tousled hair even if genetically grown looked great and quite natural in the white light. There were bags under the eyes which was no surprise considering how hard he had worked of late. His body frame was lean and he looked much younger than 35 years.

He thought of the call and he needed to get in touch with Tokina.

Tokina was a hyper-advanced version of a service robot created for InnerDrishthi to perform super-computing tasks like vector arithmetic, big-data analysis, simulations, advanced forecasting, testing and so on. She was programmed for years, fed on millions of data bytes which included user analytics, BI data, programming constructs, testing algorithms, and so on. 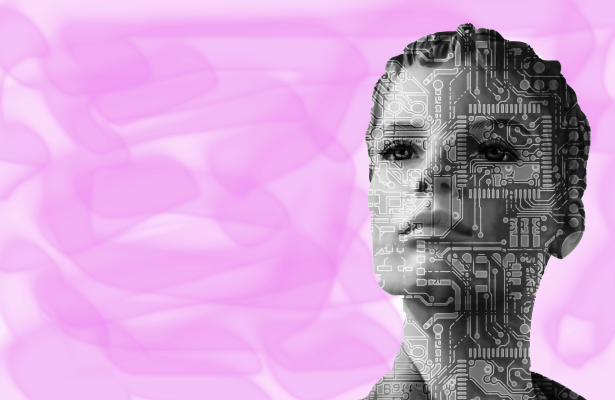 Alok had worked with Tokina during the GeneOS implementation and he recalled the inconceivable speed and precision with which Tokina delivered results.  Tokina was a cute humanoid with advanced AI, neuroprosthetics and reasonable consciousness allowing her to nearly look, feel and perform like human. Her sheer utility could be gauged from the fact that Tokina once successfully broke into an inter-continental hacker group in a matter of minutes driven by her processing over 50 million passwords per second.

“Hi Alok, how’s the weather there?” Tokina looked exactly like he had seen her last (droids don’t age) – beautiful but freakishly cold.

“Tokina, remember the GeneOS testing that we did?”

“There are problems detected now with some genetically altered babies but the dreadful results are seen after 5 years. The babies develop blue rashes and even die in some cases. I sent you the reports”.

“Tokina, how many other vendor APIs and algorithms are we interfacing with?”

“There are 18 other vendors. 766 interfacing with”

“Okay. Here is what I want you to do. One, you need to check all the medical data in health chests of those babies afflicted but yet living with rashes. Compare these with those that are healthy and find the differences. Two, do the same check but this time with those who did not live. Three, compare the data of those diseased babies who lived and died. Got it?”

“Yes, the reports are on your console.” Tokina suddenly cackled with laughter for no reason.  Alok was used to such volatile unfathomable quirks of behaviour.

Alok and Tokina worked for several hours but found nothing wrong. They checked doctor’s reports, autopsy reports.  For the reported cases they pored through DNA/RNA sequence re-combinations / modifications, the Nucleases related algorithms that were used and the results both before and after the genetic alterations. Alok knew that all the heritable (raw) material used for altering the babies were selectively bred in highly quarantined sanitised labs with results rigorously verified many times over through automated means.

“Okay Tokina, let’s call it a day for now. Will call you again, if needed.”

“Sure Alok, take care!” Tokina mentioned somewhat dryly as she signed off.

Alok moved towards the window and could see the sky turning orange. He noticed some drones flying eerily past. His view was filled with dark concrete structures of buildings which seemed to get taller by the day.  He hated the view and yearned for those periods from the very distant past when humans lived in greener and more natural environments.

Despite a strong inner urge to feel the air on his face, he dared not open the windows. The early morning air was putrid and qualitatively poor said the reading on the window pane. Where was the earth headed? He wondered, how long?

Alok felt remorse and could not help going through all the investigations he did with Tokina. Even with the most advanced humanoid, he had drawn a blank.

Just then a thought struck.

From the labyrinth of his memory, he recalled vividly a conversation with a doctor involved with GeneOS many years back. The doctor had mentioned about some quality norms violations for an artificially grown gene plasmid to favour an organisation called GeneTek run by an ambitious megalomaniac multi-millionaire.

“Hey, check my audio recordings around January to June 2045 with a New Zealand based doctor”.

The console started playing his conversation with a Dr. Martha Jennings. She had indeed mentioned the risk of the gene misfiring and giving undesirable results. Alok had at the time reported the conversation to his supervisor but was told about how a panel of doctors had debunked her claims.

A quick check about Dr. Jennings whereabouts revealed she was now retired, into her 80s and living near the coast of Punakaiki.  Alok quickly connected with Dr. Jennings, apologised for calling so early (it was 7:30 am) and explained what the call was about.  Dr. Jennings took a while to respond but confirmed that the plasmid definitely might be the culprit and was worth investigating.

The lead was followed through with investigations, record verifications and other checks, some with Tokina’s help, with Vikas and other doctors. After a period of 7 days, the plasmid was finally confirmed as the cause of the blue rashes leading to infant deaths.

10:30am, June 24 2049: There were four of them in the conference room at InnerDrishti Solutions. Alok was physically present while Stella, Ashutosh (Stella’s superior) and Vikas had teleported themselves from various parts of the world. The meeting was called to commend Alok for cracking the ‘blue-rashes babies’ case.

After some (virtual) back-slapping around the table, Ashutosh summed it up rather poetically as it appeared to Alok.

“In this age of super highways in the sky, when human hearts can be printed at will, and super-computers are the size of sugar cubes it feels wonderful that a human tester could think and resolve a problem that machines and automation could not.”

7 ways cities are going to change in 100 years