Digital Predictions – What will happen in 2017?

So what’s on the agenda for 2017? Let’s take a look… sadly, lottery numbers are not included!

Prediction one | The new reality

Virtual and augmented reality exploded in 2016 among game enthusiasts and in 2017 you can expect it to launch into a host of other areas in our lives too with the Facebook-Oculus partnership expected to expand and blend VR with social media. Indeed the insurance industry is already gearing up for an explosion of associated VR/AR risks relating to health and behaviour and information security among the chief concerns. It is estimated by KPMG that the AR/VR market for insurance will be worth $20 billion by 2020.

Most of us remember the Google Glass project that hit the brakes in January 2015. At that point perhaps the world was not ready, but Google remained committed to the project in the long term and now smart contact lenses could soon break through, giving you the ability to take photos and video by blinking. Of course we’re not expecting every lenses-wearer to have them by the end of 2017, but we are expecting a lot more news stories on the subject as the prototypes become a reality.

OK, we admit this one is a safe bet. Truth be told, driverless cars are already on track with Google unveiling its own self-driving car company in December, known as Waymo; and the likes of Uber and Apple also looking to grab a piece of the autonomous driving pie. However, Ford will actually begin testing driverless cars on European roads in 2017 and we expect the first, albeit rather expensive, sales to follow. 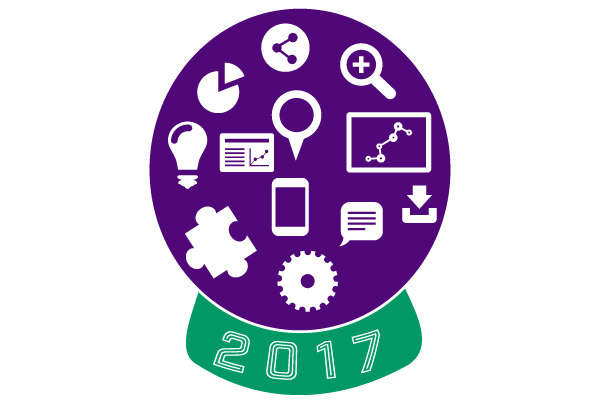 Back in October, insurance giants Allianz, Swiss Re, Zurich, Aegon and Munich Re announced they had formed a group aiming to assess whether blockchain could make financial services more efficient. Blockchain, of course, has the potential to help innovate services, boost fraud detection and carry out instant verifications. In short, it’s a win-win for the financial sector and we expect the talk to turn into action during the year ahead.

We’ve been quietly muttering about 3D printing for quite a while but it was HP’s entrance into the market in May 2016 that really caught the eye. The California-based tech company was arguably slow on the uptake, entering the market five years after initial products by Stratasys and 3D Systems Corporation were launched, but the entrance of the HP Jet Fusion 3D Printing Solution is hugely significant as a sign that 3D printing is about to genuinely go mainstream. This will be its breakout year.

It’s been coming, but 2017 is expected to finally be the year in which digital spending will surpass that spent on TV by marketing companies. It will be quite the achievement too given the issues that surround ad blocking, bot fraud, and so on – however, look for marketers to wisely expand their branding by not only marketing directly to the YouTube and Snapchat generation but by co-creating content with them to produce a more individualised experience.

Prediction eight | The rise and rise of insurtech

Hard to believe we’ve already mentioned the word “insurance” several times in this article, but the rise of insurtech will keep this once traditional industry firmly at the tips of our technological tongues in the year ahead. Usage-based insurance is expected to expand rapidly, through apps like EverDrive; telematics will continue its expansion; smart home technology will be increasingly adopted by mainstream insurers and new tech-driven players will enter the market to offer emerging products such as cyber and drone insurance.

Prediction nine | To Alexa and beyond

Back in September, Amazon launched the Amazon Echo, with a chat-bot named Alexa, which allows you to order products direct from its site as well as locking doors with a spoken command. Voice recognition technology has been a stumbling block for such devices in the past, but, with digital assistants increasingly recognising users’ needs and preferences, look for the problems to be ironed out and yet more advancements ahead.

If 2015 and 2016 were the year of selfie-stick wielding Instagram enthusiasts, then look for live video to be the hot social media trend of 2017. Both Facebook and YouTube have already given us the opportunity to share 360-degree content and it is expected that Facebook may soon become home to expiring content, much like Snapchat. With live comments and reactions on video, if you’re not a vlogger already, you may well become one in the year ahead.