The financial services industry is undergoing something of an evolution as the technology that kick-started bitcoin looks set to transform the way in which banks manage their transactions. The technology in question is known as blockchain and in this blockchain technology guide we explain how it works and the impact it could have.

Imagine a scenario in which a country rife with political corruption is able to tag each vote without duplication and with the anonymity of every individual preserved. The result would be an undisputed election: all because of blockchain technology.

Imagine too how a banking consortium is able to enjoy significant market share thanks to real-time settlement of trades, as opposed to waiting several days for each trade to clear. Every transaction could be tracked while statistics are also racked up and activity monitored to ensure that the government is aware of any money that crosses its borders and stays on top of any potential money laundering – even though the identities of the purchasers and traders are kept untraceable. The technology that can make this dream achievable, again, is blockchain. 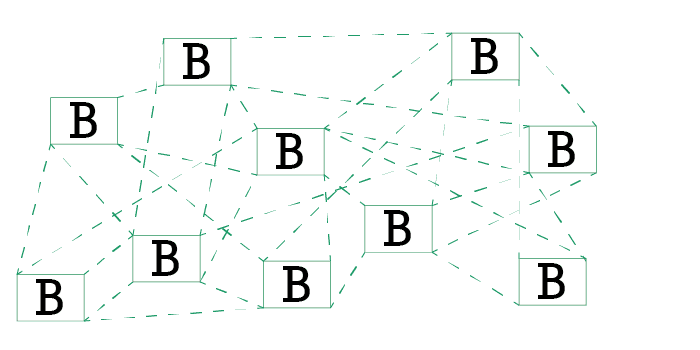 In its original form, blockchain was used to refer to the underlying technology of bitcoin: it’s tracking database. However, now the term is used on a much wider scale to refer to any electronic ledger that is able to anonymously and reliably record transactions. In short, it is a peer-to-peer database that is self-sustaining and can be used to both record and manage transactions without the need for a central bank or a clearing house.

What are the advantages of blockchain technology?

There are several perceived advantages to the technology. Perhaps the most obvious is that as blockchain verification occurs through algorithms and consensus across several computers, it is deemed immune to any potential fraud, tampering or even political control. In addition, blockchain technology has been designed so that it can prevent domination of a computer network by one single computer.

Another major advantage of the technology is the anonymity it provides. Participants in blockchain technology can only be identified with pseudonyms and every transaction is reliable. As the transactions are processed just once there aren’t the same delays that often occur with today’s banking processes.

Let’s take a look at some more specific ways in which blockchain technology can be used and the advantages associated with it:

Who is using blockchain technology?

Blockchain technology has already secured widespread interest. Among the firms that are looking into the potential of using it are IBM, Intel, Microsoft and HP.

However, perhaps its biggest impact is on the financial services arena. There are a host of major financial firms that are already looking to form partnerships with start-up companies in an effort to capitalise on the possibilities of the technology. Take, for example, R3, a technology firm which confirmed in October 2015 that 25 banks had entered into a consortium that it had formed in order to investigate a crypto-technology platform that could be common among them all. The list of names involved reads like a “who’s who” of the banking sector: with the likes of Bank of America, Citi, Morgan Stanley, National Australia Bank and the Royal Bank of Canada all involved.

So how can you implement blockchain technology into your business?

If you think that blockchain technology could be advantageous to your business then ensure you have a firm strategy in place.

First, think about the specific opportunities that are available. This could mean creating a path to the future by compiling a pilot project list in which the technology could potentially make a difference. For example, if you have a financial services firm you may wish to think about how blockchain can improve some time-consuming processes such as the reconciliation of payments with international subsidiaries.

From there, develop a hypotheses on the differences each technology can make and look to engage with key stakeholders and those in areas such as regulatory compliance and risk management for their insight. Then, when you start to implement you can adjust parameters to ensure the prototypes work and that you are able to improve practices throughout the evaluation and testing stage. Ensure you focus on the core aspects of your business, have a long-term plan and, with a little luck, you should see tangible improvements very quickly.