What is Google Brillo?

The Internet of Things (which we explained here with our Beginner’s Guide to the Internet of Things) is drawing the attention of some big names, with Qualcomm recently announcing its plans to develop smart devices that suit this new technology. Now, Google has followed suit by developing the Google Brillo operating system.

So what can we expect from Google Brillo? Little is confirmed at this stage: but some information has been revealed and rumours are flying. Here is what we know so far.

So what is Google Brillo?

Google Brillo will be an operating system, which is rumoured to be launched under the Android brand. The software is said to be aimed at low power devices that have as little as 64MB, or potentially even just 32MB of RAM. With the likes of Apple, Samsung and Qualcomm already moving to put their companies at the forefront of smart home technology, Google appears to want its own piece of the pie by jumping on the internet of things bandwagon.

Wait, what exactly is the internet of things?

In short, the internet of things is a term used to describe the linking of everyday objects with the internet. They are joined together using technology with the goal being to allow people to seamlessly pick-up knowledge as they are on the move: meaning there is no need to sit at a computer or even to talk with another human. 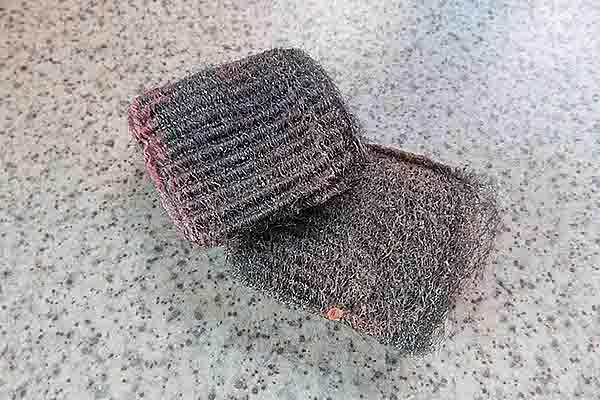 However, with the emergence of new technology arrives various complications. For example, many manufacturers have jumped on to the bandwagon at the same time and are releasing smart devices that can be connected to the internet with the idea of receiving and sending data. Yet all of these devices will ultimately require a common platform, software or language so that they can work together and recognise each other.

Among the early adopters of the idea has been Apple. It has developed a framework called HomeKit, which aims to simplify the ideas behind the internet of things with home automation. It offers a common language which can be used with a host of smart devices.

So back to Google Brillo…

This then brings us full circle to the idea of Google Brillo.

Brillo is set to provide these low powered devices with the ability to communicate with devices that are nearby. It is hoped that the software may eventually be used on everything from refrigerators to smaller devices such as camera monitors, door sensors and light bulbs.

So when will Brillo launch?

Actually, Google Brillo may not debut at all: at least, not with this name. Currently, Brillo is simply an internal name being used by Google – when it comes to launch time it may take on a different guise. However, the software IS being developed, with reports suggesting it is being controlled by the Android team. It’s not yet clear as to when the product will be made available to consumers: but it is expected that we will learn more about Google Brillo when the Google I-O developer conference takes place during the final week of May.

What else do we know about Google Brillo?

The short answer would be “not a lot”. However, it is thought that Nest Labs may be involved in some way after Tony Fadell, the man responsible for Nest but who now works at Google, was pictured when the story first broke about Brillo.

Nest was acquired by Google last year, with it being subsequently announced that a developer program taking the name “Works with Nest” would be launched, providing APIs. The idea is that manufacturers are able to attach them to smart devices and integrate them with other Google/Nest products, as well as enjoying remote control. Google for now though, appears to be keeping the Nest brand separate as there is no link to Android or Google on the Nest website.

So will Google Brillo have any competitors?

According to an analysis by Gartner, the number of devices connected to the internet of things is set to surge – reaching around 26billion by 2020, up from just 900million in 2009. As such, it appears that all of the big names in the technology sphere are trying to establish themselves in this new sector.

For example, Huawei has LiteOS. It is an operating system that has just 10KB. It has been designed for connected machines and appliances. Meanwhile, with the impending launch of Windows 10, Microsoft has developed Windows 10 IoT Core which can be run on wearable devices, ATMs and ultrasound machines. And then there is Samsung with its Artik hardware which has been designed for IoT devices that feature Samsung hardware and open software.

So it seems wherever you turn in the technological sphere, the internet of things continues to take great strides: and with Brillo, Google is sure to be among the early pacesetters.