There is plenty of jargon related to the internet, but one that has broken into the mainstream as potentially one of the most important terms for the way we live and communicate in the future is: the internet of things (IoT).

Here we offer a beginner’s guide to the internet of things, including examples.

Internet of Things: A definition 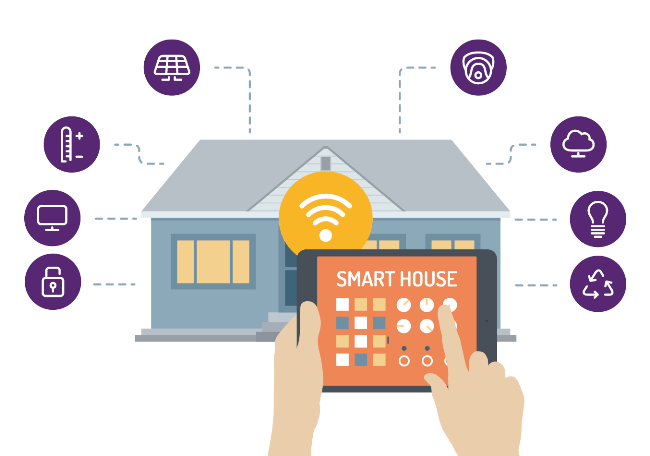 There are billions of these smart devices being placed into various objects allowing them to effectively talk to each other. According to Intel, IDC and the United Nations, the internet of things world will account for more than 200billion objects by 2020: that’s up from two billion objects in 2006 – a potential hundred-fold increase in the space of just fourteen years.

How does the internet of things work?

The internet of things relies on sensors that are placed into objects or spaces to connect them to each other and to the internet. They are able to convert data such as sounds and temperature into software that can be used by various devices.
Among the capabilities of these sensors is that they can potentially track data in their environment: including light, moisture, temperature, sound and motions. For example, a motion tracking device could turn off all the lights in a room when people walk out and turn them on when people walk in.

Internet of Things: Where is it being used?

The majority of internet of things smart devices are not being placed inside your home or even in your smart device: instead they are generally used for health care, businesses and factories.

According to statistics from Strategy Analytics and the New York Times, 40.2 per cent of the devices are being placed in the business and manufacturing sector: being used for robotic machinery, equipment and supply chains. A further 30.3 per cent are used in the health care sector for portable health monitoring, pharmaceutical safeguards and electronic record-keeping. A further 8.3 per cent are being used in the retail sector for smart phone purchasing, inventory tracking and anonymous analytics; while 7.7 per cent are used for remote sensors and facial recognition locks in the security sector; while the remaining 4.1 per cent are being used in the transportation sector in areas such as performance tracking, GPS locators and self-parking cars.

Standing for Machine to Machine, M2M is often used interchangeably with IoT. However, in reality IoT is a broader idea: it covers applications, protocols and domains and refers to automation in nearly all areas.

So how is the internet of things being used? Here are some examples:

Internet of Things: Examples for the future

Of course, we have only scratched the surface of what the internet of things is capable of at this point. It seems that for the future the possibilities for connectivity are endless, but some of the early concepts under discussion include:

Of course with the new developments comes increased competition: with several companies competing to develop a software platform that will host all of the vertical applications of the internet of things. Whether there can be a dominant player in the market, much like the Facebook of social networking, remains to be seen.

However, what is clear is that the idea behind the internet of things has already made rapid progress and continues to do. It has a chance to change the world much in the way the internet did: and perhaps even more so.