Team Dynamics in Agile: An Exploration

Team Dynamics is a hugely important part of putting together and managing high performing software engineering teams. It can sometimes be de-prioritised however and in some extreme instances, completely forgotten under the pressures of working with stringent timelines and deliverables. It must be recognized that team dynamics, whether subtle or explicit, plays a decisive role in the success of any venture. Irrespective of our need for strict adherence to work ethics, humans are social animals and get unconsciously affected by emotions and perceptions which can affect their work, influencing its intended outcome. In this discussion we have attempted to gauge the importance, impact and influence of team dynamics specifically related to Agile methodology. 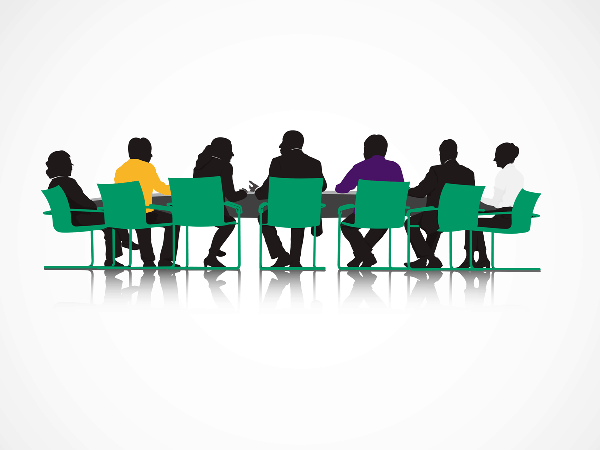 Many organisations are increasingly moving towards Agile development principles rather than traditional methodologies. Change is a perpetual constant for any company to sustain itself in the competitive market. In Agile development, change is something that is supposed to be fully embraced and accepted. However, change cannot be achieved by merely adopting and adapting to new frameworks, structures or methodologies; the key drivers for change are always ‘people’. Rather, people with correct mindsets and attitudes greatly facilitate embracing change and therefore, to take teams towards more successful outcomes.

Why is team work and its acknowledgment and adoption within the team essential for success in an Agile environment?

Agile as a methodology is developed around the core principles of accountability, team interaction, customer collaboration and responsiveness to change. To follow these principles, the innate belief and mindsets need to be present or developed within the team members individually as well as collectively. Hence, it’s critical to identify the person attributes that can complement or damage teamwork.

While there are other personal attributes that can be included in either of the sections, these form the core. Fear of failure is one of the key attributes; being human we tend to make mistakes but the way one handles errors determines the knowledge and improvements that can be made. Some people try to blame others, some try to ignore them, perhaps fearing criticism or a backlash. Others respond positively and decide to cope, take it in stride, looking to learn as much as possible from it and move ahead much wiser. In any development methodology, mistakes are bound to happen and in the team context it is better that they happen as early as possible to be effectively corrected. Only when team members are encouraged to embrace and learn from mistakes, can the best quality be delivered along with improved team bonding and development of fear-free mindset.

A few decades ago, people were expected to not have moods and emotions at work and aim for a strict and slightly in-human level of professionalism. This is both impractical and illogical. In the modern era, many organisations have started realising that moods and emotions play a critical part in performance and affects the overall environment permeating within a team. It is vital for organisations to accept this fact and introduce measures to create the appropriate ambience necessary to manage individual mood influences on the team as a whole. Moods are fleeting in nature while emotions last long. If the team’s atmosphere is cohesive, supportive and conducive, any negative mood of an individual is unlikely to adversely impact the team as a whole whereas positive mood would further lighten and brighten the team dynamics.

Influence of culture and co-location on a team

Culture dictates our interactions and behaviours in work situations. People hailing from different cultural backgrounds react to situations in varying ways. Motivating and coalescing people from different cultures is difficult to begin with, and it gets compounded when the team members are not co-located. Irrespective whether the team members are located across continents or merely at the other end of the road, their perspectives are likely to be different and are more often or not influenced by the people they spend their time with or sit close to. These can lead to many issues, notably;

It ultimately falls on the Scrum master as well as the individual team members to be watchful, understand and recognize the flares, set the right tone and quickly clear any misconceptions that might arise. Open-mindedness and freedom to freely voice opinions, albeit in a respectful manner, are some of the person attributes that go a long way to eliminating these hindrances. Besides these, it is worth looking at aspects that might exist outside the realm of the team persona such as ergonomics, leadership and customer collaboration.

A team’s success also depends on factors external to the inherent dynamics. Although being external, these greatly contribute towards creating a pleasant work environment, organisation culture and behavior.

By adequately addressing these external factors, the crux of developing a sound team can be focused upon and it does allow to easily redress any concerns, since the onus ultimately should always remain within the team rather than overtly focusing on other aspects.

Surfacing problems and addressing them quickly

For development teams to mature, appropriate measures need to be in place to address any concerns; agile methodology does provide a platform wherein individual team members can voice their work-related concerns but for any other grievances or issues, a mechanism needs to be created that can constitute and deliver the following.

To develop such a mechanism, a current state assessment needs to be carried out first. This could involve assessing the people, the culture of the team, and overall environment. Based on the assessment, a mechanism can be built that will best suit the team since for such cases one size doesn’t fit all.

Once the mechanism is in place, an appropriate feedback system needs to be installed wherein people feel comfortable raising questions and wherein they form a belief that their issues are paid due heed. Leaders play a critical role in making this a success and hence their responses need to be defined. Leaders need to be considerate, supportive and just; they should welcome any feedback and display empathy towards the team.

A critically important aspect in transformation to Agile is developing the mindsets of individuals to function well as a team. Technical expertise aside, Agile requires empowered individuals who believe and employ collective effort for achieving success. For establishing such a mindset, a conscious effort needs to be put in by the team to stop or avoid typical behavioral and operational traits as mentioned below.

Harmonious teamwork is the essence of Agile and every individual within the team must be made to feel equally important for their contribution of whatever kind critical to the team end goal. Leaders need to create a fair and healthy working atmosphere, cultivate learning-cum-contributory mindsets and set clear expectations at the outset while intervening and remedying the team conduct or morale on an on-going basis. Success and failure must never be associated to an individual but to the team as a whole and this belief needs to be instilled from the beginning so that people collectively work as a team accordingly. Team composition should also be set such that people sharing the appropriate attributes and mindsets are brought together; the team is empowered and further a mechanism is put in place to tackle problems quickly thereby providing adequate freedom, support and conducive environment for teams to be successful.