Fintech | The trends and their impact

There is a new term that has entered the vocabulary of not just information technology specialists but also those within the financial services industry, in the form of “fintech”. Referring to the plateau of technology emerging in the financial sector in the 21st Century, fintech has become much more than a term for technophiles – instead it is, depending on who you speak to, seen as a disruptor to the industry that can either take it to new heights or threaten the sector in its existing form with fears that new fintech concepts such as robo-advisors could soon displace their human alternatives.

So what exactly is going on with the fintech industry today? Here we take a look at some of the common trends and features.

Customers want it even if financial services don’t

The general idea behind the influx of fintech is that it has the potential to boost customer profitability. Many believe the push is being driven by millennials but in fact it may be broader than that. A tech-savvy generation is known to reject apps and other products that do not easily integrate into their lives – however, with financial services being an essential part of our lifestyles, an increasing volume of people are looking for fast and easy methods to carry out transactions, access their accounts, read policy details and more. 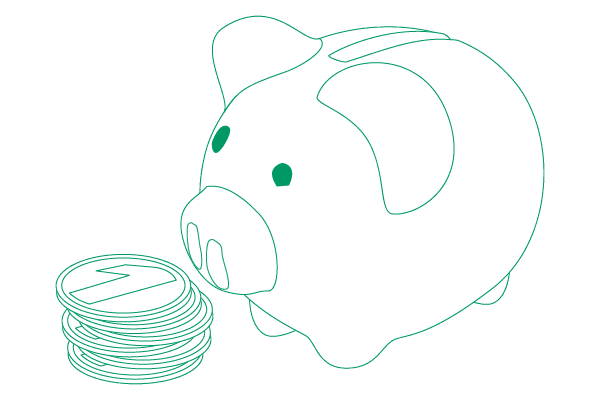 So what are customers demanding?

One of the common features of the emerging fintech sector has been the introduction of chat applications for banking with TD Bank the first to integrate a messenger platform into its customer service offering.

With the development of new technology comes a host of new concerns about privacy and security, especially relating to personal data. In an article entitled Biometrics Continues Its Move Into Financial Services, Paul Schaus outlines that around 50 financial institutions around the world are currently looking to implement biometric authentication at contact centres – with the idea being that further organisations are likely to adopt the technology over time.

Much like the development of biometrics, voice recognition is also playing an increasing role in financial services. In March this year, Capital One gave its clients the possibility to access their finances using their voice alone with those who activate the service able to get into their accounts and pay bills just by speaking into their devices. Financial companies are looking to capitalise on the significant investments being made into voice-driven tools by major web and software players including the likes of the Amazon Alexa Channel, Facebook M, Google Now and Microsoft Cortana.

Of course every industry is exploring the Internet of Things and finance is no exception. One of the most obvious examples relates to wearable devices – Fitbit, for example, has recently taken over the start-up company Coin with the devices currently being used to pay for purchases. However, in the future it is likely that their uses will extend far beyond this and include alerts for things such as how close you are to slipping into an overdraft; sales linked to your location; and more.

While some aspects of fintech are being directly demanded by consumers, others just make sense for the financial services industry. One such example is the growing interest in blockchain among the insurance sector.

According to a McKinsey report, there are three broad ways in which blockchain can potentially facilitate growth among insurers – namely to enable customer engagement; to help them produce cost-efficient offerings; and to enable the development of products linked to the Internet of Things.

For example, blockchain could assist life and health insurers in accessing personal data as while the data will need to be verified it will not need to be stored on the blockchain, boosting trust and privacy. In addition, it could improve customer engagement by offering a greater degree of transparency and fairness in relation to claims handling and premiums. Smart contracts were used by start-up company InsureETH to show how a peer-to-peer flight insurance policy could initiate payouts for insured flight tickets as soon as flight delays or cancellations are verified from data sources. Indeed it is believed that smart contracts could offer a host of benefits, particularly in relation to reliable and transparent payouts; while also increasing fraud detection and reducing administrative costs – all of which should benefit the insurance customer in the form of reduced premiums.

The pros and cons of fintech

How successful fintech will ultimately be is largely dependent on its ability to convince consumers that its benefits outweigh any perceived negatives.

One example of this is in relation to big data. In October 2016, the Financial Conduct Authority (FCA) issued a feedback statement on big data, dropping its plans for a full-scale investigation probing how insurers use data on customer behaviour to calculate premiums. Its conclusion was that customers are seeing benefits from big data use – such as telematics in vehicles and lifestyle-related life and health policies – but that there are also some potential risks to consumer outcomes and that insurers must comply with data protection and privacy rules when using big data to calculate premiums.

Some see this decision as opening doors for insurers to use sources such as social media to gather information on consumers; while others are worried that it could create an underclass of people who are being priced out of insurance.

This example is just one of many. While millennials may predominantly be open to fintech opportunities, it seems there is a reluctance among older generations – and indeed among some younger generations too – to trust new technologies, especially with something as personal and important as financial data. As such, while the innovations may keep coming, it’s now up to the fintech companies to prove that the pros outweigh the cons and earn the trust of more than just the tech-savvy few.