The core elements of being Agile are the spirit of ongoing collaboration, self-management and empowerment of the team to achieve product development goals. The same can be derived from the lean philosophy of software development i.e. one of its seven principles (i.e. Empower the team) strongly advocates empowering the people within the team.

Studies show that putting people in low power roles, often hampers their cognitive abilities by a significant measure and thus their ability to experiment and get ahead. Unfortunately traditional management structures often leave little room for teams to be empowered to take decisions. 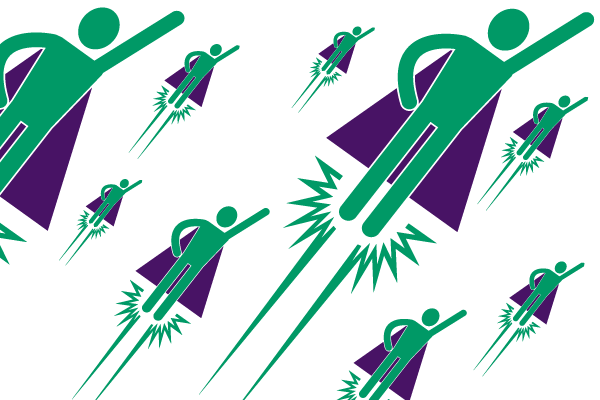 So how does empowerment really work? Let’s explore this from a viewpoint of what works in an agile environment for empowered teams.

What are the signs of an empowered team?

Some important influences contributing to the empowerment of an agile team are customer involvement, organizational culture and core values, value given to ownership of work, team dynamics, software development model followed, etc.

The right mix of autonomy and alignment

Dilemmas faced by more traditional managers while trying to create such empowered teams are often because they tend to perceive empowerment as akin to a loss of control or power, or perhaps even anarchy. Two factors really dictate which end of the Alignment – Autonomy spectrum you gravitate to as a delivery team.

Simply put alignment depicts a common goal that everyone works towards and autonomy is freedom to choose a path for the same.

Which of the quadrants do you as a team lie under? 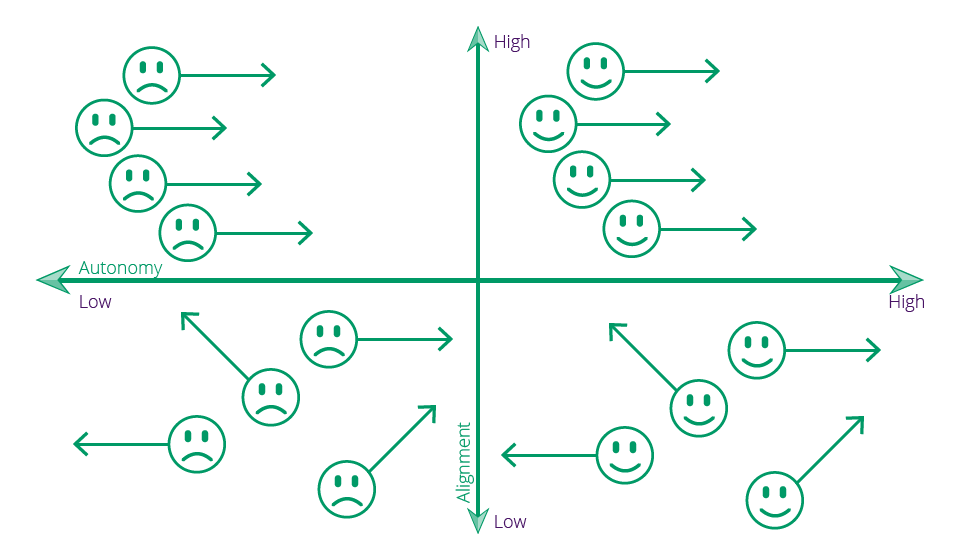 It was mentioned earlier that empowerment can be perceived by the more traditional manager as Anarchy (meaning lawlessness). Let’s try focus on what separates empowerment and anarchy from an agile team perspective.

Empowerment can be gauged or monitored continuously in a team by observing the performance of the agile life cycle. Agile ceremonies are a great place to start empowering the team. It may often involve correcting team dynamics, inspiring individuals and creating fail-free environments for a stellar product delivery!

A team which sees itself as self-driven, collaborative and results-oriented will ensure that the ceremonies achieve ‘new’ meaning and deliver the required value.

An empowered team invariably will achieve more than one which is used to follow rote orders and progress matters as is the case in a traditional setup. This team may trip over hurdles and fail at times but will learn to deliver better the next time around. Because an empowered team in today’s complex dynamic world is growth-oriented which wants to experiment often, fail early, eliminate waste, and collaborate to achieve success.