An Introduction to Insurtech: What You Should Know About This New Industry

The insurance industry has remained much the same for decades and, due to a risk-averse culture, particularly resistant to change. Before the advent of new technologies, it wasn’t a competitive market where new players could easily enter. That’s all changing.

Insurance has now become ripe for disruption by insurtech in much the same way as banking has by fintech. In fact, UK insurtech is thriving, and attracted $1.7 billion in investment in 2018. And startups are beginning to move in on the territory of insurance giants, who are themselves beginning to change their service models.

Insurtech is a subset of fintech. It’s the technology that lies behind the creation, distribution and administration of insurance business. Smartphone apps, wearables, claims processing tools, online policy handling and automated processing are all insurtech. Insurtech is useful for collecting and analysing customer data to provide a better service.

If a woman is setting off on a backpacking trip to South East Asia, she wants her insurance in a few clicks on her iPhone, instead of having to trawl through lots of online forms or, even worse, ordering over the phone.
Someone travelling a short distance for two days deserves much cheaper insurance than someone on a week-long skydiving trip in South America. Startups can begin to offer insurance for just one hour for someone borrowing a friend’s car.

Big Data, Artificial Intelligence (AI) and the Internet of Things (IoT) are the current focus of insurtech, with the majority of invested capital going into these areas.

Impacts on the insurance industry

Insurtech will force the insurance industry to step up its game in terms of customer service and offerings. It’s no longer going to be a case of doing things how they’ve always been done.
The challenge is making sure that insurtech is attractive to consumers. This means delivering tailored products, rather than one-size-fits-all. Consumers also want their insurance products to be delivered through mobile.

There is a polarisation in insurtech between use of technology by incumbents to adapt their existing service offering to a changing market, and disruptive startups angling for market share. The common link is the consumer, who will choose between established players and challengers, or use a mixture of both.

Insurance companies are investing in startups to help them drive the innovation they seek, seeing this as an opportunity rather than a threat. 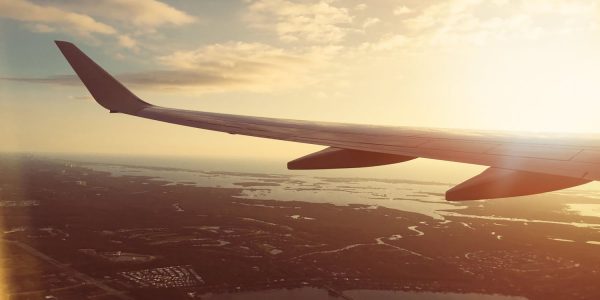 Rather than settling for costly products that don’t really fit their needs, insurtech empowers customers to take control of their insurance. They can demand the products that really benefit them.

Insurtech can better reflect the nuanced reality of a consumer’s everyday life, rather than force them to fit in an industry’s narrow definition of their needs. Insurtech can also make the process of obtaining insurance much easier, as insurtech startup Digital Fineprint show with their software that fills out your insurance form based on social data.

AI technology can be used to provide a tailored service for consumers. It can quickly summarise and present the most relevant and useful products far faster than a human could. Insurify is an insurtech startup that uses artificial intelligence and natural language processing to make it easier for consumers to buy their car insurance online.

The IoT can provide insurers with detailed data about customers to help them develop and offer the right products at the right time. For example, tailored insurance for motorists can be based on data sent to insurers from their car. The most responsible drivers can benefit from a discount to their insurance.

In the past and now, innovation has been partly stifled by the complexity of products and services, which few outside the industry understand, and consumers often find confusing.

Insurance is also not as exciting for consumers as other products which technology has already disrupted, and the insurance industry suffers from an image problem.

It’s difficult to market products in a way that lots of consumers find appealing, especially for the younger generation. It can be tough for people to think about some typical products such as life insurance.
Regulations will be a barrier for startups looking to disrupt the industry. The culture of the insurance business is notoriously risk averse, at odds with the agile and disruptive methods of startups.
On the other hand, companies must remain vigilant to ensure that data collected to determine insurance policies doesn’t discriminate against certain groups, and also maintain the privacy of users.

Despite the UK’s decision to leave the European Union, a recent report by Accenture reveals that investment in insurtech has doubled in the past year. Once market confidence recovers, insurtech will be back on its way to an estimated growth of £253 billion by 2021.

London is still the capital for fintech in Europe and major innovations will be happening there. We can look forward to a future where the needs of consumers determine the insurance products on offer, and technology makes the whole process easier. Even fun.

Working with insurance companies, we look to further the spread of insurtech that’s out there. Why not find out how we can help you by reading one of our finance industry case studies – Premium Digital Solution Accelerates Loan Applications.