Artificial Intelligence: The Advantages and Disadvantages

There are plenty of wild statements being thrown around about artificial intelligence – from a threat to our jobs to a threat to the human race as we know it. So is this all hyperbole or are the fears actually based on some facts? We investigate.

So what is artificial intelligence?

The concept of artificial intelligence is that computer systems can be used to perform tasks that would normally require a human. These can range from speech recognition and translation into different languages, all the way through to visual perception and even decision making. 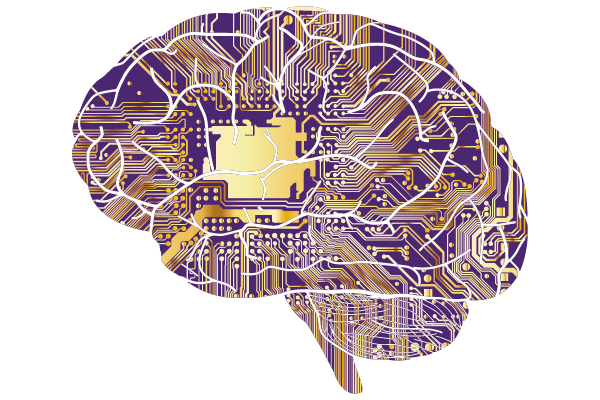 The different levels of artificial intelligence

Within the realm of artificial intelligence, there are different classifications. They include:

Strong artificial intelligence refers to the work that looks to genuinely imitate a human – and that could potentially even explain the way humans think. Few examples of this exist, currently. Then there is weak artificial intelligence, which simply aims to build systems that are able to behave in the same manner as humans but do not have the aim of thinking as humans think.

There are several advantages and disadvantages associated with the concept:

One massive advantage of artificial intelligence is its potential to complete mundane tasks through intricate automation that will increase productivity. Theoretically this can even remove “boring” tasks from humans and free them up to be increasingly creative.

The phrase “human error” was born because humans, naturally, make mistakes from time to time. Computers however, do not make these mistakes – that is, of course, assuming they are programmed properly. With artificial intelligence, data could be processed error-free, no matter how big the dataset might be

Taking risks on behalf of humans

With artificial intelligence, you can arguably lessen the risks you expose humans to in the name of research. Take, for example, space exploration and the Mars rover, known as Curiosity. It can travel across the landscape of Mars, exploring it and determining the best paths to take, while learning to think for itself. Using artificial intelligence in this manner could potentially lead to massive benefits in areas such as demand forecasting, medical diagnosis and oil exploration.

There is little doubt that artificial intelligence will displace many low-skilled jobs. Arguably, robots have already taken many jobs on the assembly line – but now this could extend to new levels. Take, for example, the concept of driverless cars, which could displace the need to have millions of human drivers, from taxi drivers to chauffeurs, very quickly. Of course some would argue that artificial intelligence will create more wealth than it destroys – but there is genuine risk that this will not be distributed evenly, particularly during its early expansion.

Humans can take unique circumstances and judgement calls into account when they make their decisions, something that artificial intelligence may never be able to do. One example occurred in Sydney, Australia, in 2014 when a shooting drama in the downtown area prompted people to make numerous calls to Uber in an effort to escape the area. The result was that Uber’s ride rates surged based on its supply and demand algorithm – there was no consideration involved for the circumstances in which the riders found themselves.

So is artificial intelligence really a threat?

If you think that artificial intelligence is just a futuristic, Jetsons-style image that is unlikely to ever affect humans on a mass scale then look no further than the employees of Fukoko Mutual Life Insurance in Japan. In January 2017, 34 of its employees were dismissed from their jobs because the insurer had installed a new artificial intelligence system that could read medical certificates, gather data on hospital stays and surgeries, and, in the process, save the company an estimated 140 million Yen per year in salary costs.

Indeed a World Economic Forum study in 2016 predicted that around 5.1 million jobs will be lost to artificial intelligence over the next five years alone, across 15 countries. Yet, to counter-balance this argument, looking at the same industry – insurance – there are advantages to be gained too. In February 2017, Tractable launched a system it claims could “radically transform” motor claims by simplifying the tedious manual process and helping to fight insurance fraud by flagging suspicious claims – potentially removing stress and expense from the process, leading to cost savings for companies and policyholders alike.

Clearly, artificial intelligence has massive potential advantages. The key for humans, however, will be to use their own judgement to apply it productively and ensure the “rise of the robots” doesn’t get out of hand.

Find out how far along the digital transformation journey your organisation is, with our Digital Maturity Assessment.

We’ve been designing, developing and deploying imaginative, enterprise-strength digital services since 1998, providing our Customers with a unique blend of experience and expertise.

We think and act differently from other software companies. We offer an enriching, motivating and empowering working environment where friendly, open communication, creative thinking and collaborative teamwork is the norm.